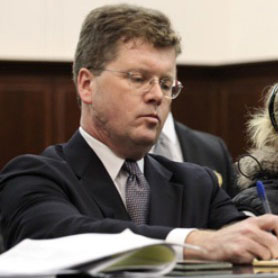 Work History
Following law school, Mr. McCarthy became an Assistant District Attorney (ADA) at the Kings County District Attorney's Office in Brooklyn, New York. This was during one of the most dynamic and important time periods for criminal justice in the history of New York City, at the height of the violent Crack Cocaine epidemic. During his eleven year career as an ADA,  Mr. McCarthy tried cases in the Narcotics Bureau from 1986 through 1990, and the prestigious Homicide Bureau from 1990 through 1993.
Mr. McCarthy was promoted to Deputy Bureau Chief of the Felony Trial Division in 1993.Throughout this time, as a Deputy Bureau Chief, Mr. McCarthy continued to try serious felony cases, as well as present cases to the Grand Jury. Mr. McCarthy successfully presented over 1,000 cases to the Grand Jury throughout his eleven year career as an Assistant District Attorney.

Who Mr. McCarthy Helps
People arrested and charged with a crime throughout New York City, the surrounding suburbs, and New Jersey, with his concentration being in the five boroughs of New York City.

Criminal Justice Career
Eleven (11) years as an Assistant District Attorney (1985-1996), trying some of the most important narcotics and homicide cases in Brooklyn. Then followed by twenty-two (22) years as a Criminal Defense Attorney, successfully resolving some of the most significant cases throughout the New York and New Jersey metropolitan area.

Technique
Proactive interaction with the prosecutor, and/or the Grand Jury, as quickly as possible. Skillful negotiation, based upon his trial and Grand Jury experience, to persuade the prosecutor to offer a result that is the equivalent of a success after trial.

Key Ability
Mr. McCarthy's key ability is the effective use of his judgment. That ability, combined with his extensive trial experience, forces the District Attorney’s Office to treat his clients fairly. If they do not, the District Attorney faces the very real risk of losing to his office at trial.

Unique Understanding of the Criminal Justice System
Prosecutors have an obligation to do justice. The police do not. Faced with a formidable defense attorney, with significant trial expertise, a prosecutor will ultimately come to offer a just and fair result to the client.

What a Client Accomplishes by Hiring Mr. McCarthy's Office
Mr. McCarthy's primary talent is his ability to force a potentially unfair Criminal Justice system to treat clients fairly, no matter what the initial accusations may have been. His goal is to solve criminal justice problems, so as to allow clients to go on with their lives in a positive manner, as quickly as possible. Mr. McCarthy successfully puts clients in a position to do that on a daily basis.